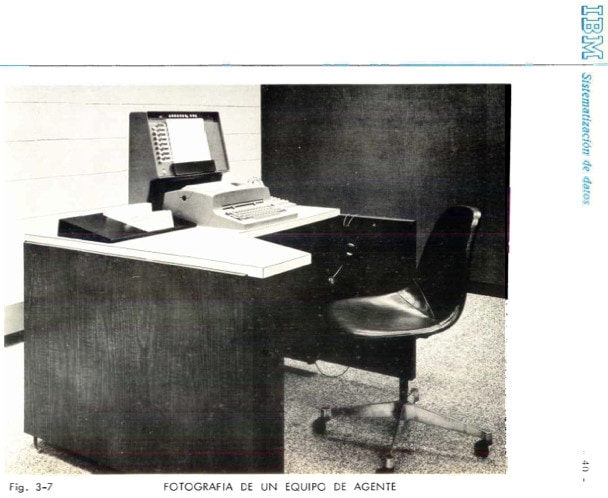 In the first part of this series, I talked about the early steps taken by Aviaco and Iberia in order to  mechanize the reservations processes, one of these steps was an IBM study for collecting the basic requirements, model the basic data, tests the concept and make projections about the reservation’s business. This post is about this study, book a seat.

Iberia and Aviaco year 1961 figures (I remind that since 1959 Iberia had Aviaco shares, later they merged):

Passengers carried: 1,15 millions with an average growth of almost 15% per year.

Passengers carried: 0,33 millions, as Iberia, with an average growth of 15% per year.

What were the initial reservations systems requirements?

So the IBM proof of concept began, it is very curious to read this sentence in the study “The complete process of the all transactional routines, allow the Sales and Reservation’s staff to focus on the human decision problems”. Forty two years later you can place this sentence / requirement on every business process oriented project.

The american manufacturer proposed to use the IBM 9040 system to govern the reservation application, they predicted a system performance from 1680 transactions in peak hours and a registry storage capacity of 240.000 passengers reservations in 1965 to almost 2000 transactions per hour to 547.000 passengers records by 1975. I read a manuscript note, by my grandpa, that says, “poor”.

The basic piece of information. The PNR.

The Passenger Name Record, nowadays accepted in any reservations system (airlines, car rental, hotels, etc.) it was introduced by the airlines and now is a standard defined by IATA and the former ATA. In that definition, the PNR had information about the flight specifications with a maximum of 48 characters(flight number, flight class, dates, flight’s segments…) and the passenger record, with up to 124 characters (16 less than a tweet :)), it had data related to passenger’s name, ticket number, address, phones, reservation status, etc. The next scanned picture is taken by the Iberia/Aviaco and IBM Study (see the cover in Part I), it is in Spanish, the first block is the flight’s specification data, and the block that comes from “PNR Nº5” details the passenger’s data. 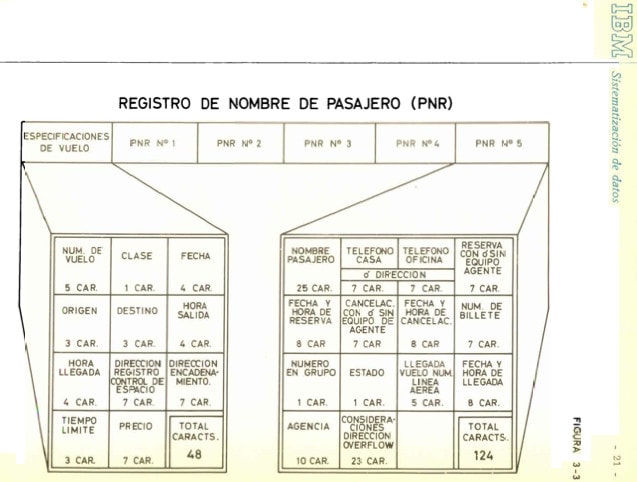 In the opposite, next picture shows a PNR displayed by Savia Amadeus GDS system. Would you like to play to find the differences? 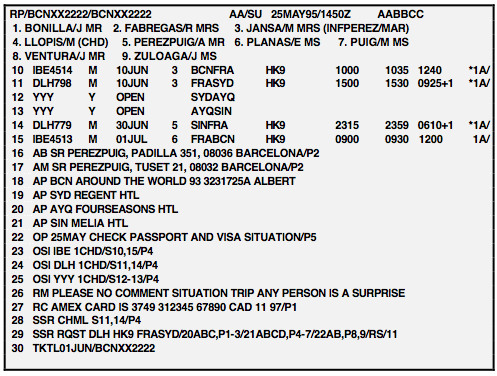 It was very useful to provide the reservations data, collected and aggregated for managerial use, in order to establish commercial fares, to see the profitable routes, customers behavior, seasons scheduling, etc. In the next pictures, it is shown these demands analysis, capacity performance per flight, etc. 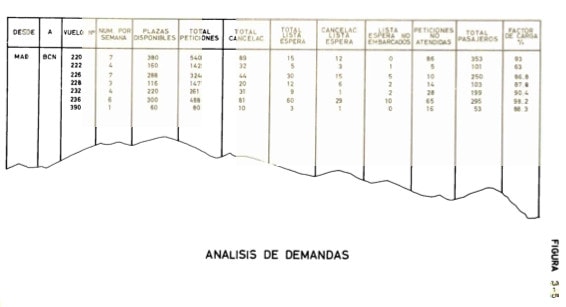 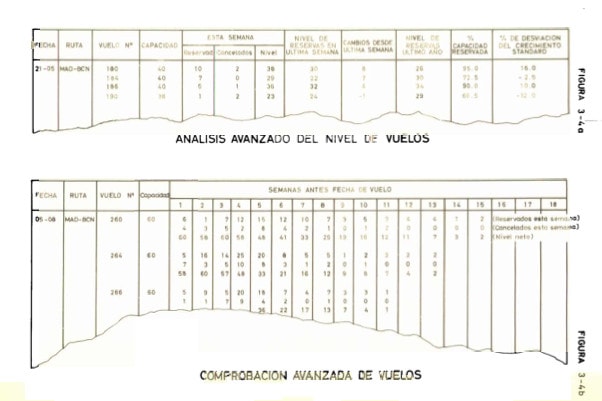 Interoperability with other companies and reservations systems.

If you read a bit other posts of this blog you saw some about systems integration, see the Aeriaa Dashboard Series (particularly the second one), and its importance, in 1961 were important too, because you were willing to reserve a flight with a connection carried by another airline and this airline might had the same reservations systems or not. You could find with three situations.

Look at this picture.

A keyboard, a desk, a chair, and a … screen? Not, it was not a real screen, it was a holer device for the named “Air Information Punched Card”, the registry were by punched cards, the old memory devices. (See more at Wikipedia).

Now you can see in this video an agent interaction with Amadeus GDS.

For ending this proof of concept study, I attach the following picture. 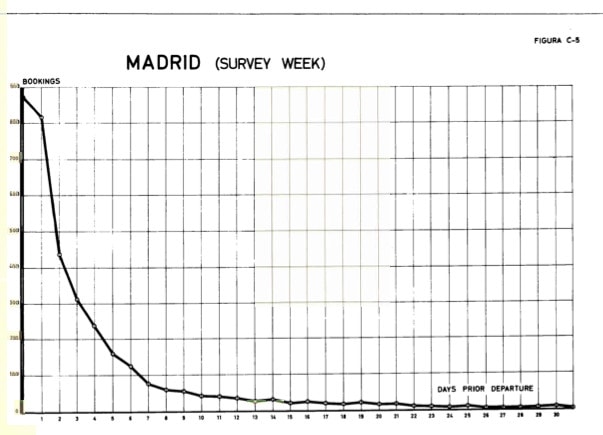 I hope to write a final post about this series, but I need time for preparing it, I need personal information of one related person that has more documental material and a lot of memories.