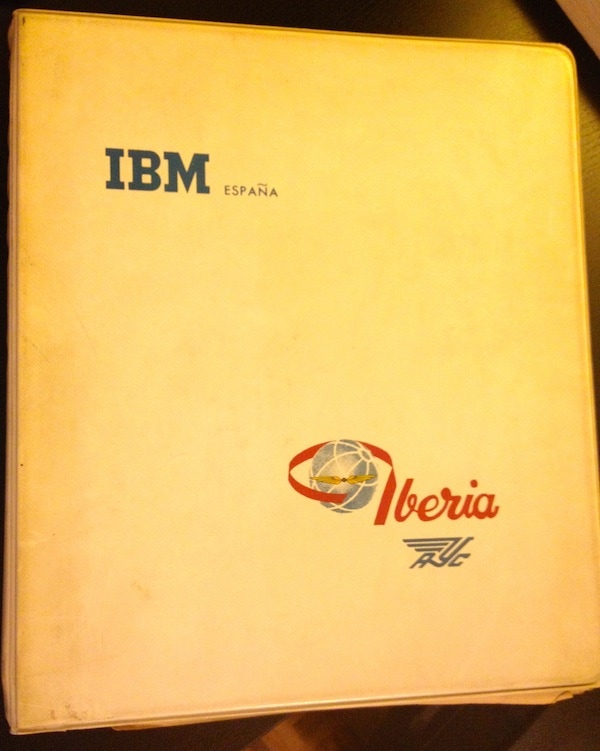 This is the my grandfather’s story about the one of the first european airline’s electronic reservations systems. 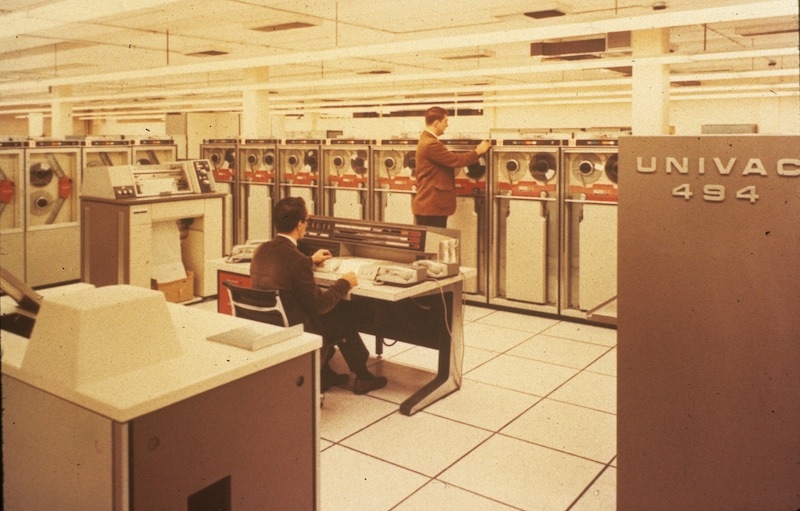 The beginning of this story took place in late 50’s, the local spanish airline Aviacion y Comercio (Aviaco, IATA:AO, ICAO:AYC) had two visionary workers Pepe Fernandez Monreal (my grandfather) and Rafael de la Torre. They wondered on how to manage the ungovernable manual reservation growth. This is the little story of their achievemt and it is also about the competition between IBM and UNIVAC computer makers. Please take your boarding pass. 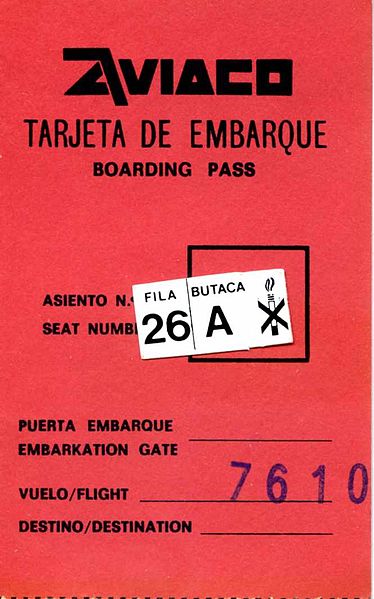 Aviaco was a domestic airline, and those days there were real personal relationships with other airlines favored with the fact that companies as BEA (British European Airlines, the seed, with BOAC,of British Airlines), Alitalia, Air France, etc. did not see Aviaco as real competitor, Iberia were the competitor in european and transatlantic routes for them, and Aviaco was the only Iberia’s domestic competitor. In those conversations they realized what was concerns to these airlines about the reservations, its feelings and thoughts. Pepe and Rafael involved the Aviaco Management on the idea of leave the full manual reservations processes behind and start to mechanize the process. They started the works ringing the Iberia’s bell, because in 1959 Iberia took a share participation of Aviaco. There were settled that Aviaco would start the project, so therefore with the mediation of PanAm, they met with IBM in United States. IBM started in mid-50’s with American Airlines the Programmed Airline Reservations Systems (PARS) that finally became in SABRE (Semi-automated Business Research Environment). See the IBM press note dated at the end of 1959. 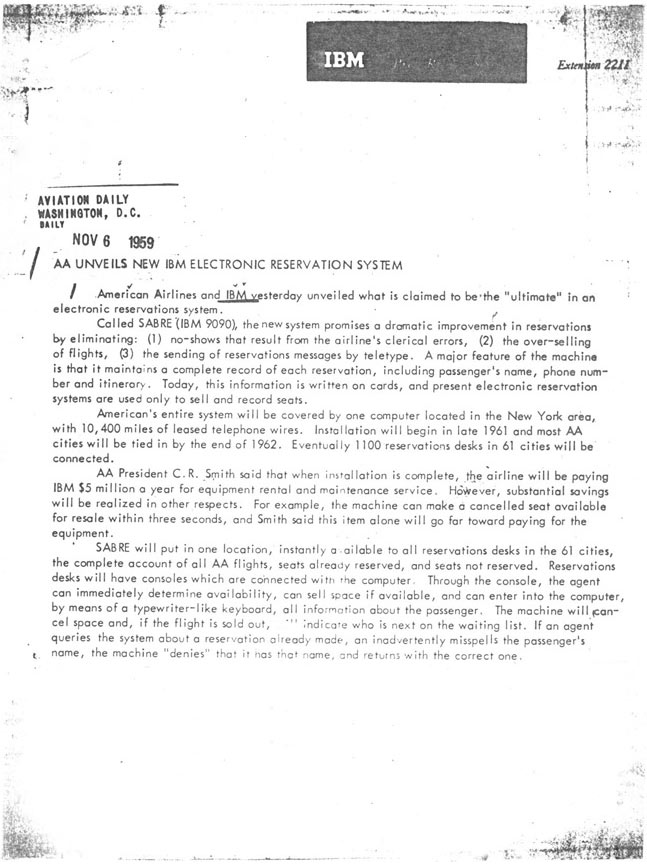 Pepe viewed those IBM 7080 system full of lights and magnetic tapes, with the SABRE specific version called PANAMAC, processing reservations that they imagined on previous years. You can download the 7080 operation manual from here. 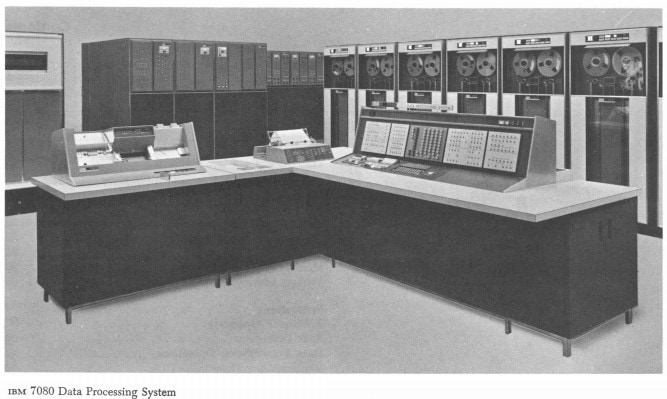 IBM sweet-talked my grandfather and they began to move forward with Iberia and Aviaco, new members (Jose Luis Godoy and Albert Gorbea) made the team grew. They spent some months filling forms, requisiting the system and gathering the data needed for the study they redacted based on an IBM 9040.

In 1960, Pepe started to work for Iberia and began three years of hard work, he travelled a lot of times to USA computers manufacturers, visited other airliners as TWA, Alitalia, Lufthansa, BEA, etc. he made himself a programmer too (Do I heard COBOL and assembler? :)). But finally the IBM system did not satisfied his requisites. The next photo is the original study (White book) my grandpa did. Now I hold it 🙂

(I promise to put some scanned pages in the next post.)

The study took six months, the three main sections were:

But UNIVAC appeared on the stage, Iberia/Aviaco found in this manufacturer the solution of all their efforts. The system chosen, UNIVAC 494, a machine with 131Kb of memory and a specific operative system called CONTORTS for reservations systems instead of OMEGA. Please have a glance to the OMEGA design manual in this link.

Since 1963 to 1970, they set up the systems in incremental phases, and finally in summer of 1970, my grandfather that was in his holidays leave in Valencia (my grandma’s homeland) was requested to be the first company man to start the system, It was a great honor for him and a great achievement for Iberia and Aviaco.

Later in 1987, Iberia, SAS, Air France and Lufthansa built Amadeus to make a Global Distribution System based on his experience, but this is another story.

In the second part of this post I’ll talk about the insides of the IBM White Book developed with Iberia and Aviaco, and other information related to the Reservations Systems.

This post is dedicated to my grandpa Pepe and for the good side of Iberia that take part in our family life. I hope one day Iberia re-borns stronger than ever.

UNIVAC 490 manuals. All types of manuals.

The second part of this series. Part II