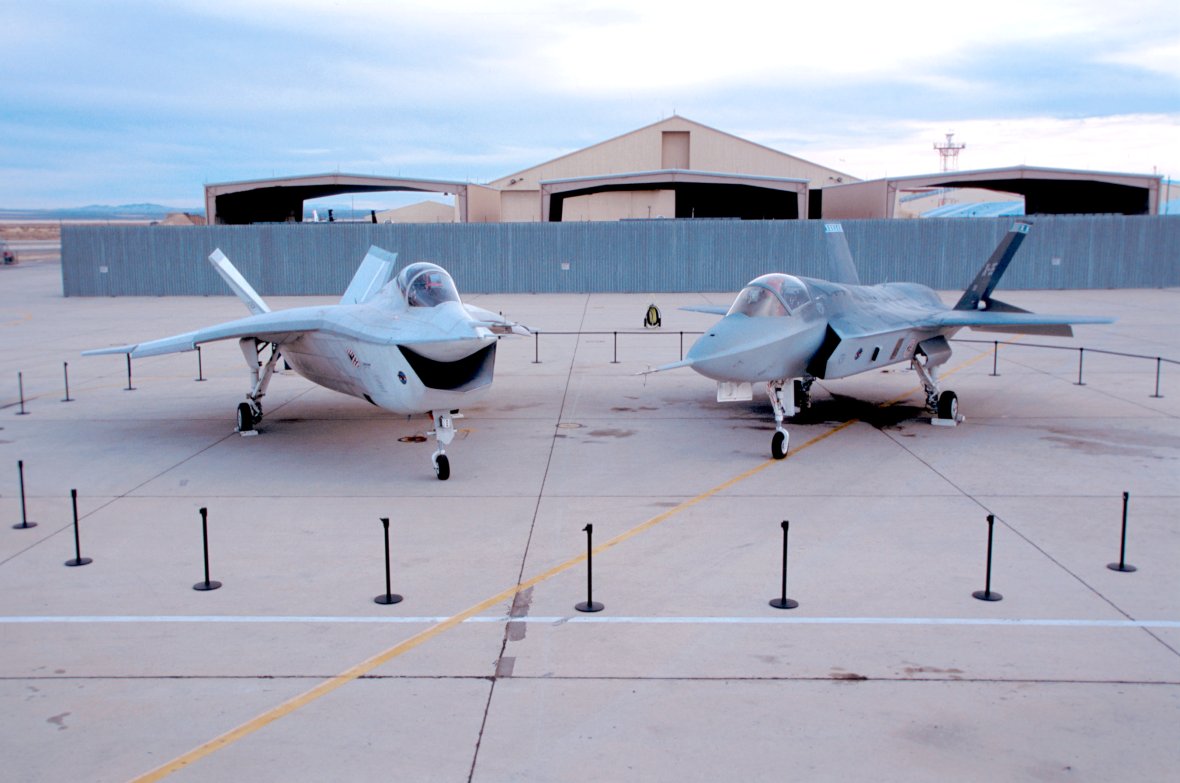 I highly recommend you to view the following video about the Joint Strike Fighter contract competition for building the new All-in-one fighter for the USAF, Marines and Navy. You almost need two hours for watching it (you have the audio transcription in this site Nova Transcript). But please, read first this post.

It’s about competition, project management, team working, and another example of the american industry getting used to accomplish huge challenges. If you like airplanes you’ll get surely fully satisfied.

Let’s start with the context:

In 1993, the US Department of Defense (DoD) merged several programmes in order to develop one single aircraft to serve US AIr Force, Marines and Navy, for replacing F18, F16, A10 and AV8, as you see in the videos above, these aircarft are completely different, vertical landing, low flight capability, multirole fighter, carrier fighter…. At the same time, another fighter, the F22 entered in sevice, establishing the new fighter technology standard but with an expensive cost. The DoD need a complement for F22 with the third of its costs. In the video you can hear to Paul Kaminksi (Under Secretary of Defense for Acquisition and Technology at DoD) saying this: “The airplanes are not the same aircraft, but the building blocks are the same building blocks, for the most part: same engine, same major avionics. In fact, it’s not important to have every piece…part…the same, but the expensive parts or modules…Through the life cycle of the aircraft there was the potential to save 60 billion dollars. And that’s a lot of money in anybody’s calculus, even in the Department of Defense.”

After a challenging competition between Boeing and Lockheed Martin, the contract tender were chosen, by the end of 1996, and finally in 2001the F35 revealed as the new multipurpose fighter.

I saw the Battle of the X Planes video, and I suddenly understood the strong project management activities of this program, originally known as Joint Advanced Strike Technology (JAST) Program. So I would like to share with you a little toughts about Project Management. If you have 1 hour and 45 minutes, see the video now (remenber the audio transcription), if not you can continue this post 🙂

The charter issues by DoD, that has the initial requirements to satisfy the stakeholders (DoD and consequently USAF, Marines and Navy, the Royal Navy entered in the program too) needs and expectations, were formally approved on august 1994.

This charter is divided in these sections, background, scope, management authority, relationships with other programs or organizations, reporting, organization and staffing. In these sections we can see clearly the statement of work, the business case, the initial stakeholders, the initial environment factors and process assets.

So the program started, and two main contractors, Boeing and Lockheed Martin began a competition, each contractor had 750$ million to build two prototypes by contractor, the had almost 5 years to complete the project.

These are the planes, Boeing X32 (left) and Lockheed Martin X35 (right):

This work by Pedro Garcia is licensed under a Creative Commons Attribution-NonCommercial-ShareAlike 3.0 Unported License.