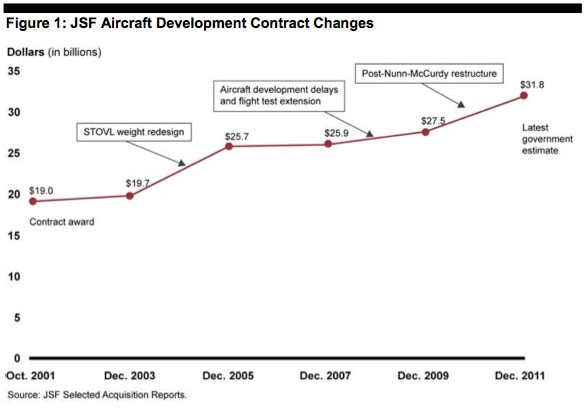 In the final article of the JSF posts series (Part I, Part II) I want to talk about (sorry this post is a little bit arid 🙂 ):

Always from every project (succesful or not) the project’s team extract a very useful lessons learned for the future. Let’s see some of them.

As seen on part II, the program it is overbudgeted. I want to show you some graphics (taken from GAO report) about the impact of changes in this project. Look at this figure: 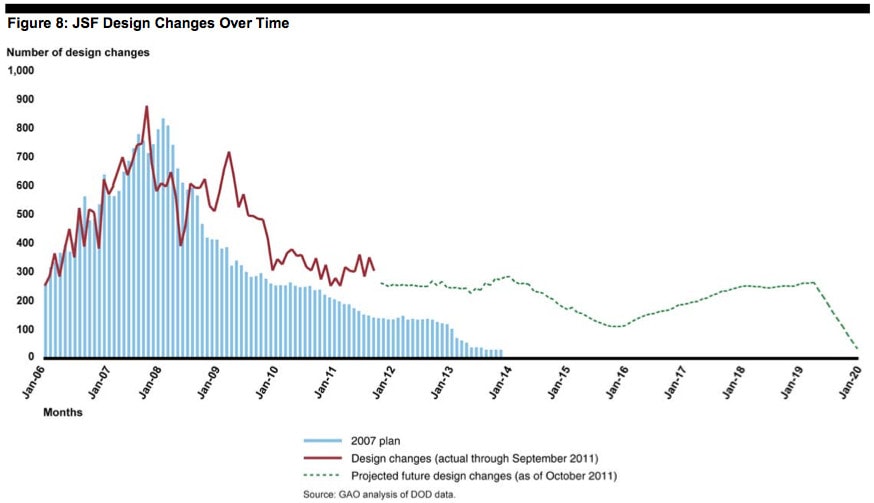 As part of Monitoring & Controlling processes, the desing changes, controlled by the Integrated control activities and change control meetings, are enourmous in the first four years if the project, so could you imagine how many baselines had been issued and its compexity in terms of scheduling, costs and risks management?

The next two figures expresses the impact of the cumulative changes in costs in the F35 and its engine: 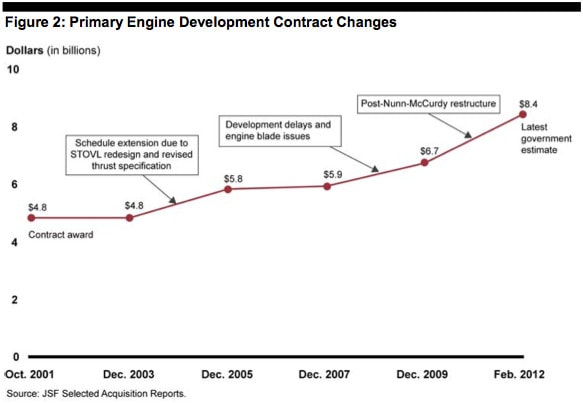 In rounded numbers, 40% in costs increment. So the Department of Defense have been decreasing the F35 units at every new baseline (remember DoD wanted a third of $100 millions F22 cost aircraft, and the F35 is now about $135 millions per unit). The next figure shows the F35 decreased procurement with each baseline approved. 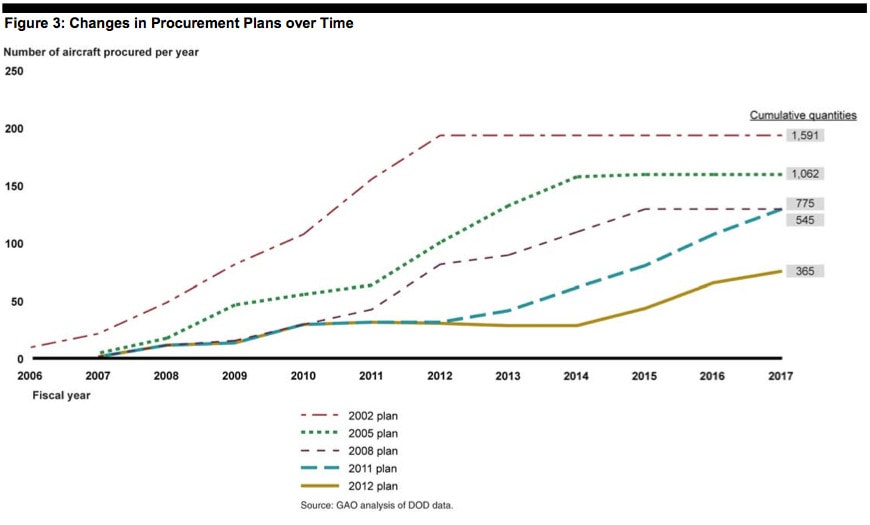 From 1591 to 365 units. The budget is the budget and the taxpayers pay the bill.

Now another GAO report topic, the lines of code to manage the F35 on the air and the ground systems. As a former (now as a hobby) software engineer I read this sentences and get not surprised: 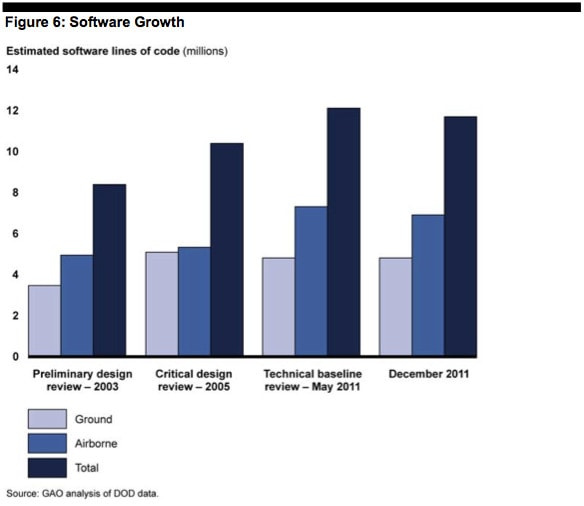 As mentioned in part II, the software is developed in C++, as a curiosity I want to share with you the C++ coding standards for the system development of the JSF. It’s very useful for every C++ coder, and I liked too much every “Rationale” explanation for every coding rule. You can download from this URL. JSF Air Vehicle C++ coding standards.

This is the end of the JSF program series, the effort of building a new plane is enourmous, and thousand of people work for this challenge, despite of latest figures and project problems, it is fair to recognize all the effort put in this project and the success in view these planes flight. I hope you enjoyed it.